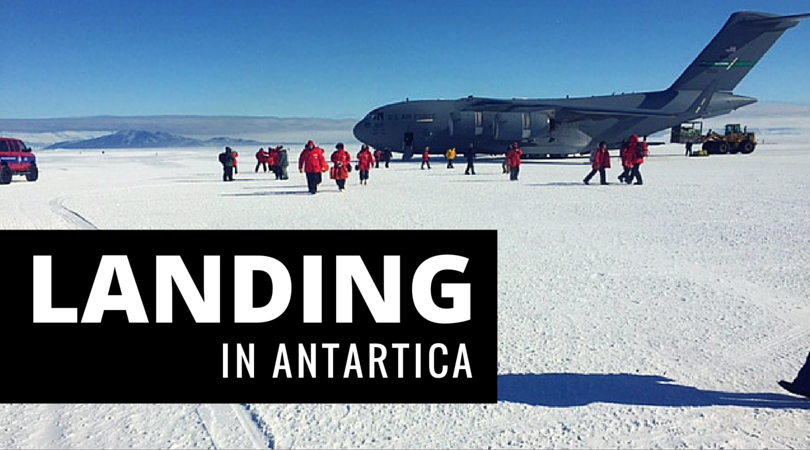 We landed today in Antarctica at the Pegasus landing strip, which is an ice surface with 200 feet of ice below it on the ice shelf off Ross Island. The C-17 cargo plane was very sparse inside. The flight time from Christchurch to Antarctica was five hours—with no beverage service!

There were about 50 individuals on the flight; most were contractor’s employees who support McMurdo Station. The first photo shows the size of the plane. We were given extreme cold weather clothing, which we were required to wear upon disembarking from the plane. The temperature was about 7 degrees Fahrenheit with a 25-mph wind—brutal. 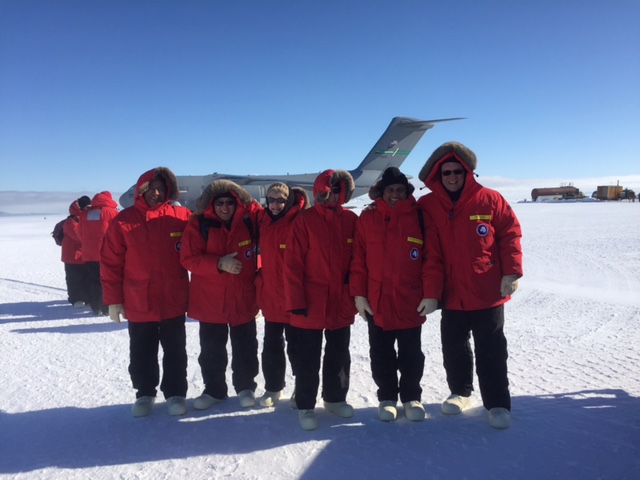 The second photo is of the four National Science Board members (I’m on the far right) plus two National Science Foundation assistant directors. We were put into an SUV and driven 15 miles to McMurdo Station. The third photo is of me on top of a mountain overlooking McMurdo Station. There are about 1,000 individuals supporting and conducting research at McMurdo during the peak in February (their mid-summer). I am smiling in the photo, but it was brutally cold with a wind that must have been blowing at 30 mph. 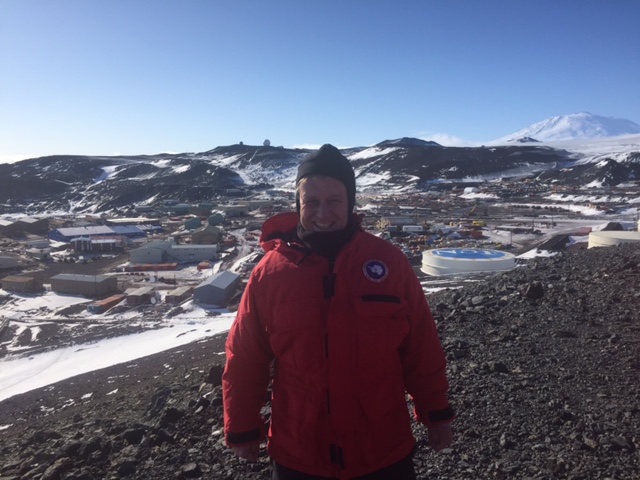 I will send a photo from inside the C-17 cargo plane; you’ll see how spartan it is. 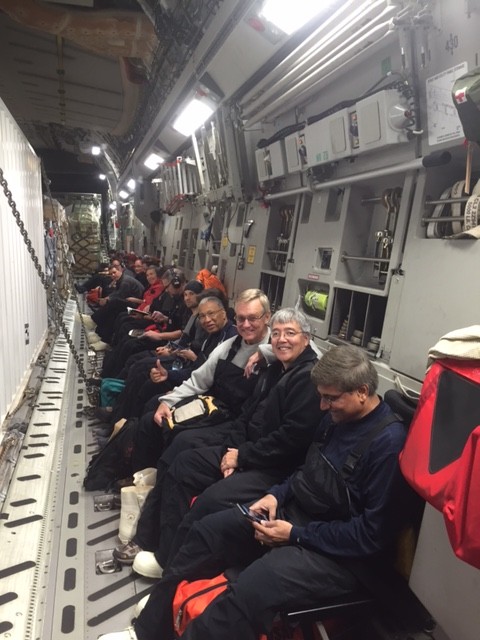 We were supposed to fly to the South Pole tomorrow (900 miles and three hours by prop plane), but the weather forecast indicates we cannot go. Instead, we will take helicopter visits to the “dry valleys” (no snow cover but just as cold). We hope to do the South Pole on Wednesday.