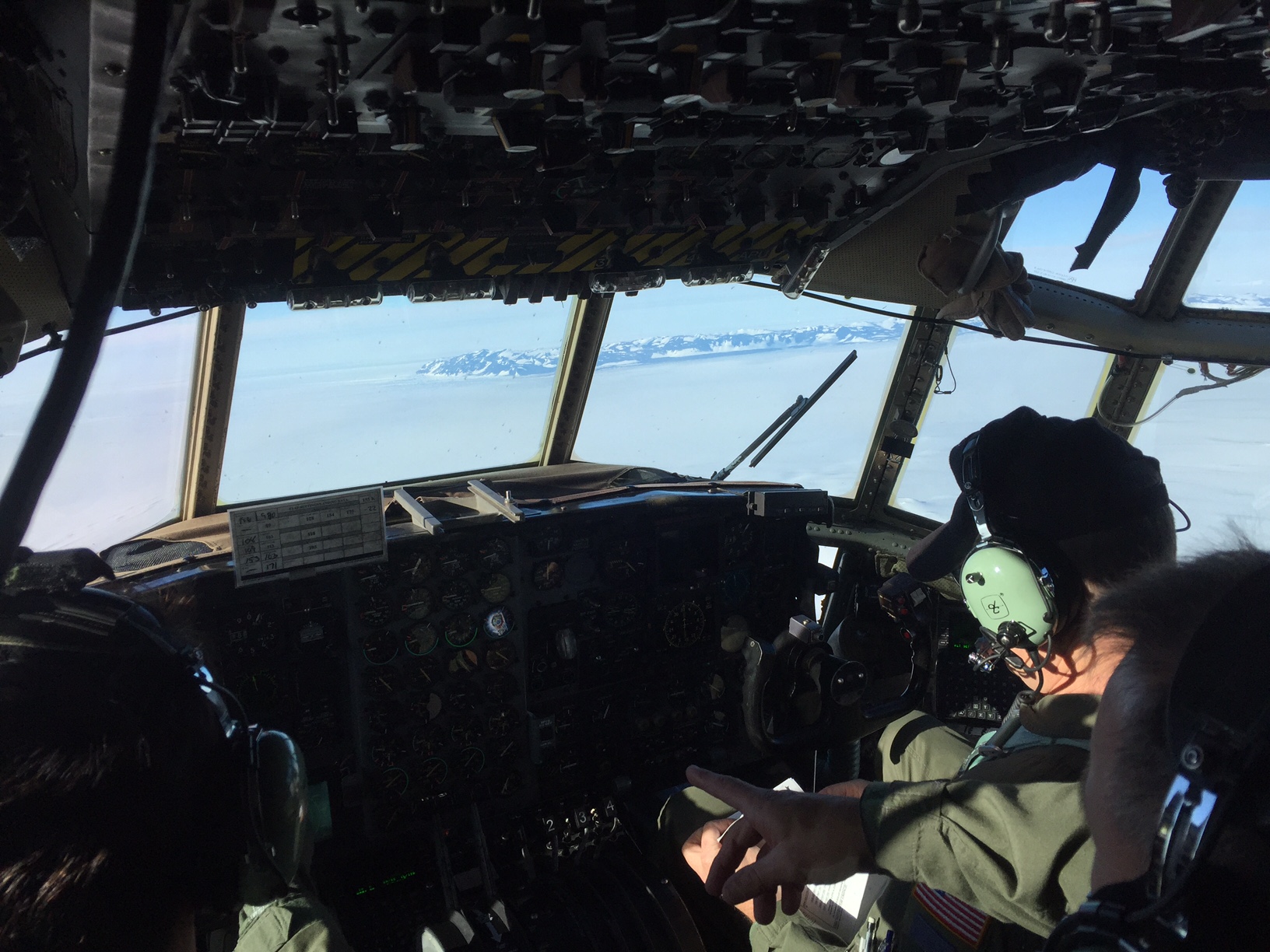 Big day today! We convened at 6:30 a.m. and took off in a LC-130 turboprop cargo plane two hours later for the South Pole Station, which is one of the three (along with McMurdo and Palmer) research stations supported by the National Science Foundation. It was about a 900-mile trip. The weather was great in McMurdo at about -8 degrees Celsius and clear with low winds, but once in flight, we learned that the forecast for the South Pole was bad. Eventually the weather cleared at the South Pole, and it was rather good, relatively speaking, at -30 degrees Celsius and clear with low winds. I have attached some photos.  (Note that if one would drive to the South Pole in all-weather vehicle, it would take 15 days.) 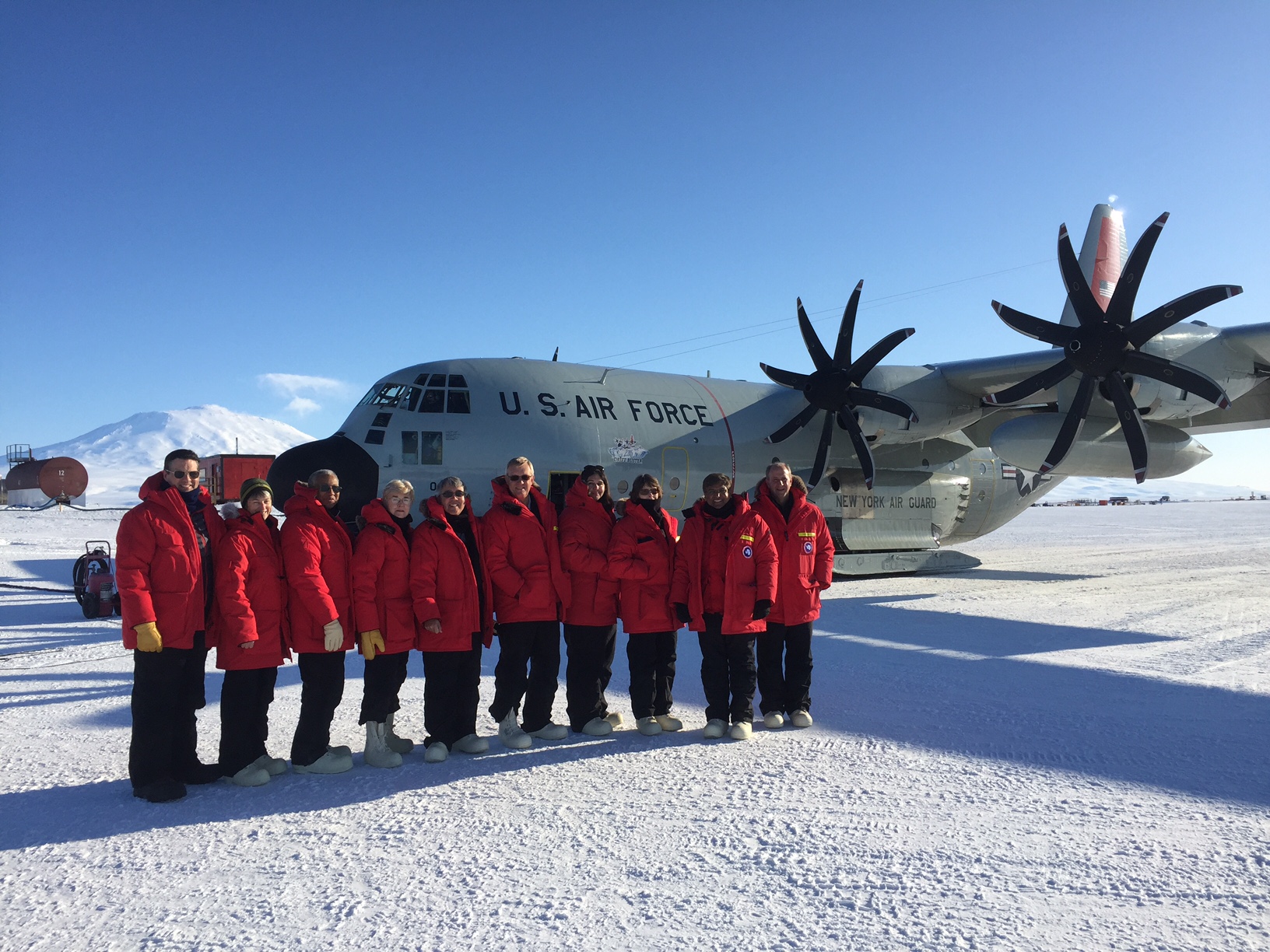 I was chosen to ride in the cockpit for the first hour, including takeoff. The chatter among the pilots/navigator was really fun and interesting. I’ve attached one photo from the cockpit and a photo of the group before boarding the plane in McMurdo. 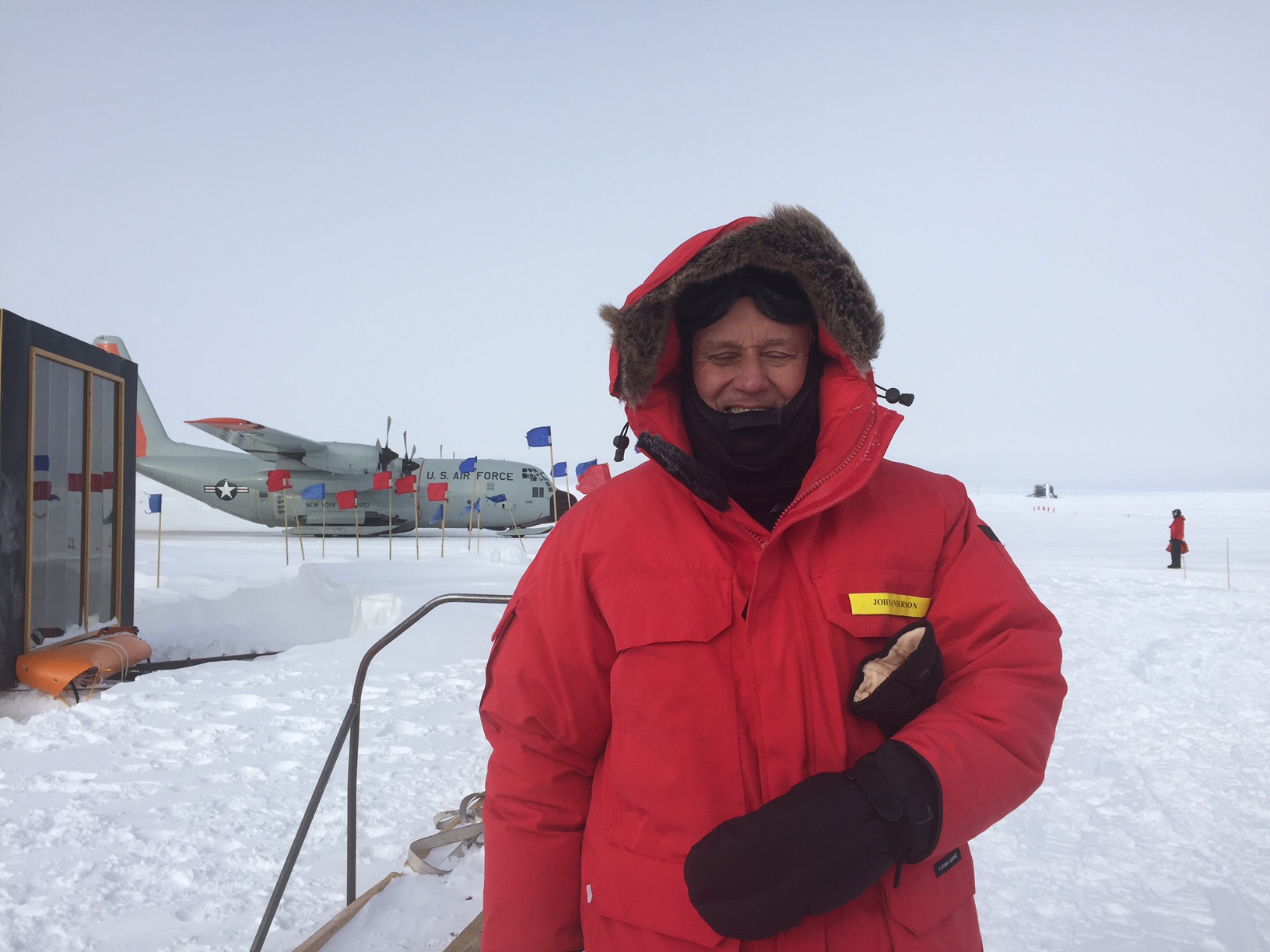 The third photo shows me bundled up with the plane in the background at the South Pole. I am standing about 200 meters from the Geographic South Pole. Others took photos of the group and me at the South Pole, one with me holding the IIT banner. I will send that when available. It was so cold that I could not manage the iPhone camera effectively, but a few others were able to do it. 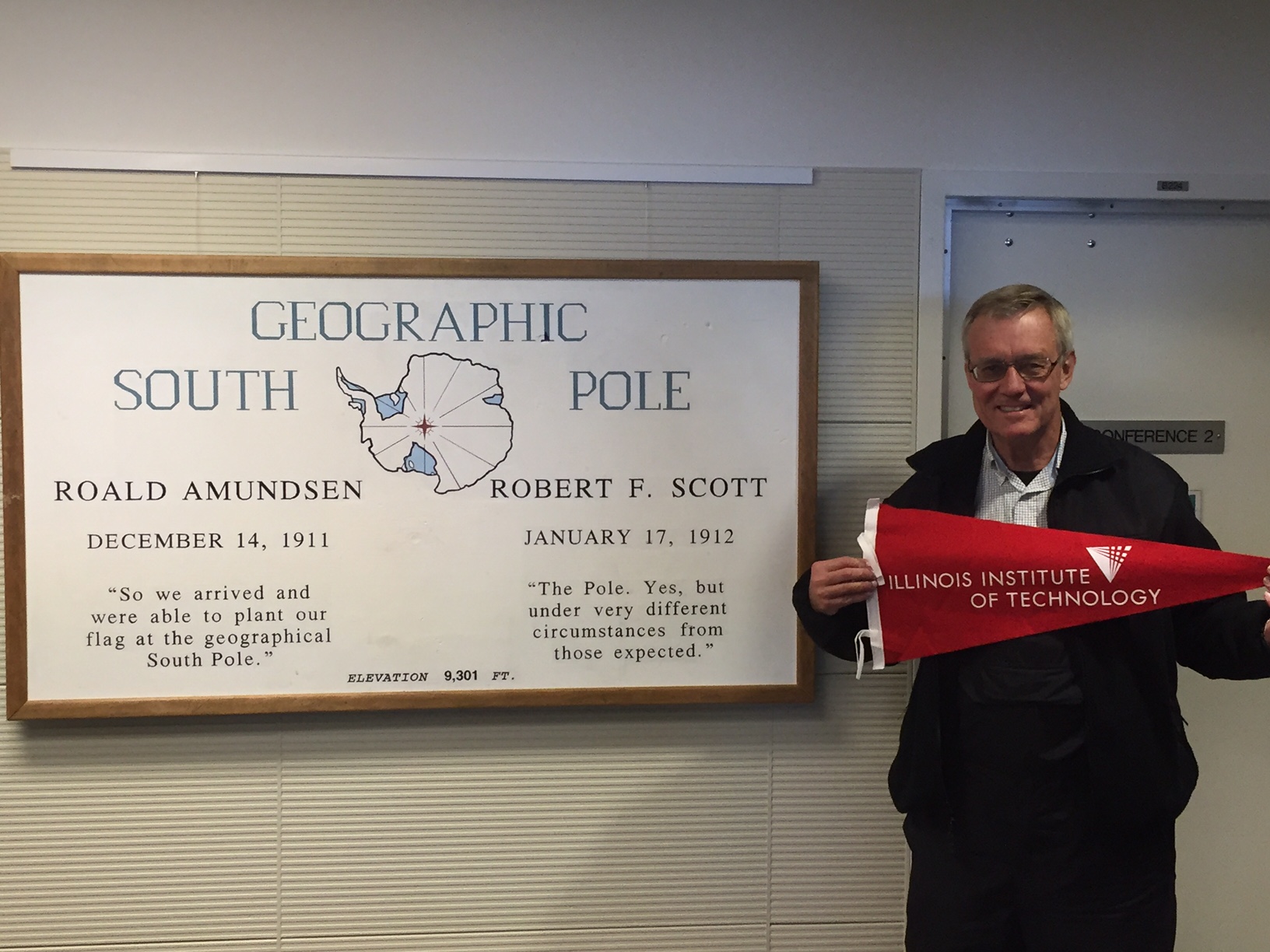 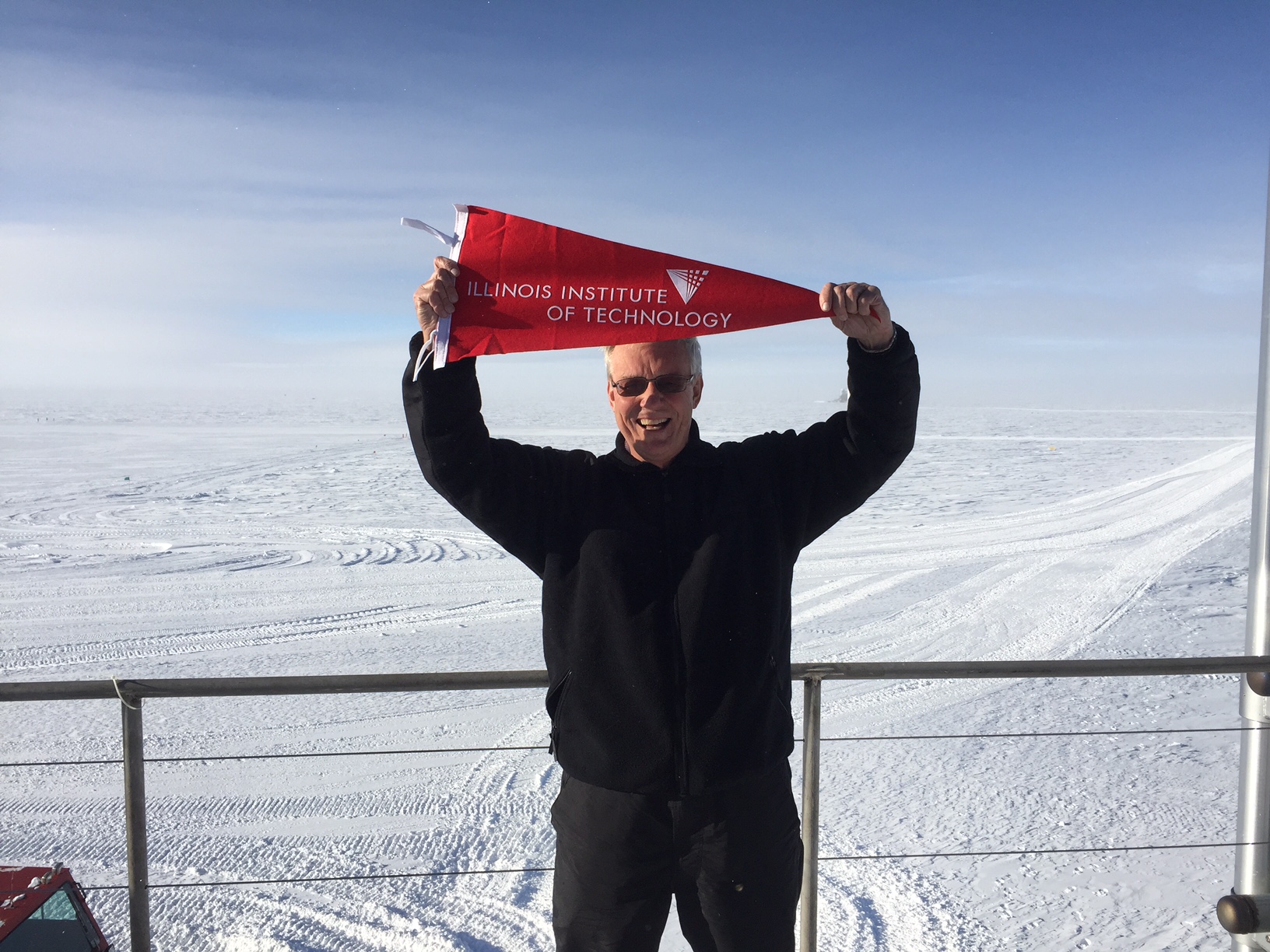 A couple notes of special interest: